This month, we will do some light restoration work on the body and some of the plastics.

The original radio case is pretty much shot from age and was well used when I was a lot younger. The re-issues are still available from 2010, but I wanted to find an original. Something with a bit of use, to match the build. I finally found one online after a couple of years.

I also needed to find new another set of ‘cam locks’ and springs. For those of you are not sure, these hold top of the radio case and seal it to the bottom, keeping it watertight. There is a difference between the design of the old and the new. I wanted to find an original used set. No luck. However, I did find a NOS 1979 set in Australia! 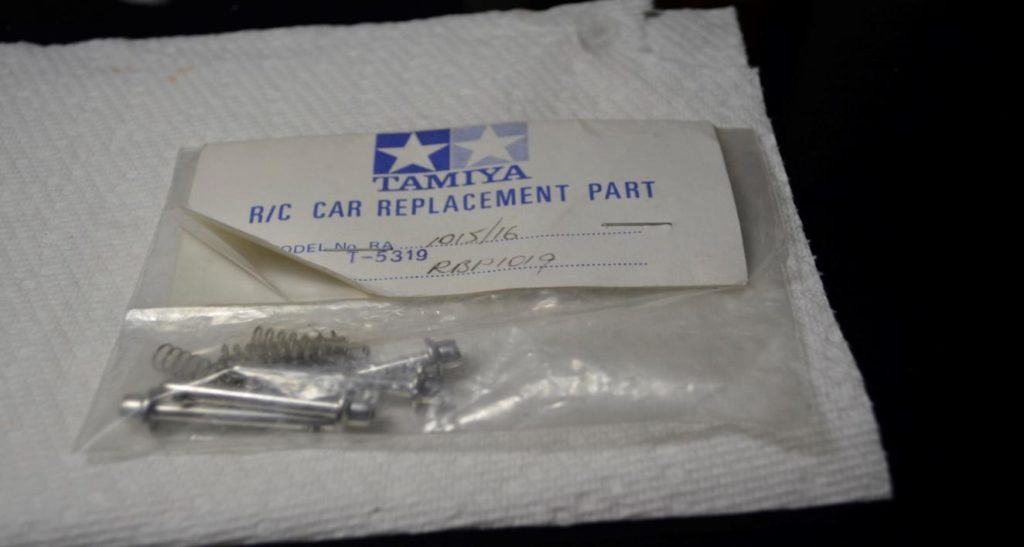 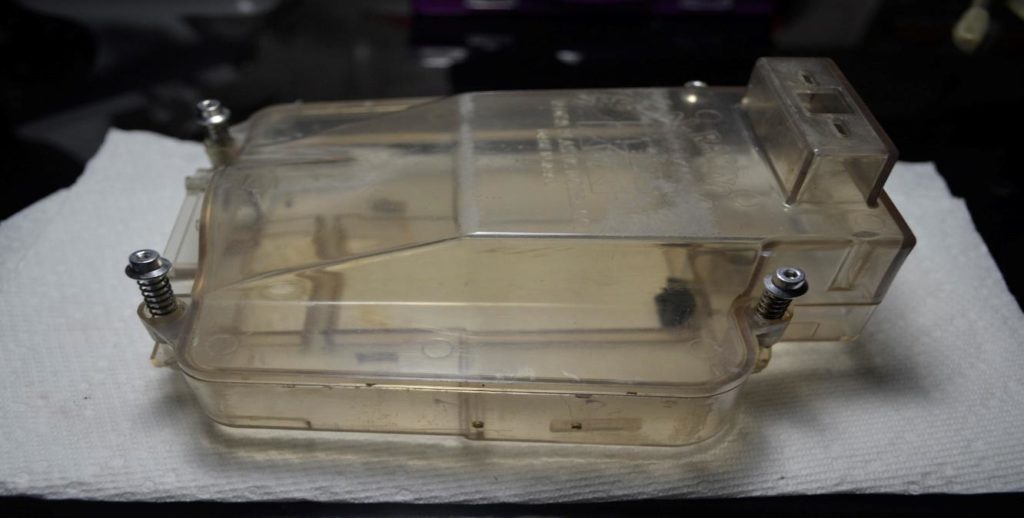 The radio case had some permanent marker and other marks on it. I used some plastic polish and it cleaned up well. It still has some character, which is perfect for this build!

The windshield and side ‘glass’ has aged and needs a cleaning. One of the wipers is broken and the other is completely missing! We can fix all of that!

We have combination of parts from 1979 original issue Sand Scorcher and even the Blitzer Beetle parts from eBay. They should work together nicely.

I think this looks much better. I did not touch up the paint as I wanted to leave a patina look. 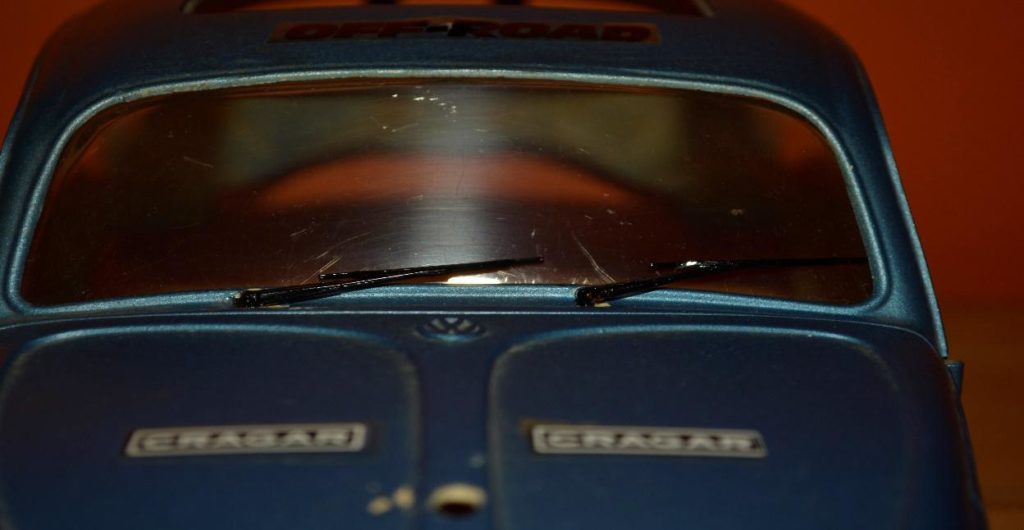 At the rear. We have mismatched taillights, a missing license plate & a missing plate light cover. I managed to find all original used 1979 items. My intricate painting skills are not the best, so bear with me. I painted the plate, in a full 1970’s California style without the yellow/gold style numbers. I also did the plate light cover to match the Hella sticker on top. The paint colour on the body was done long ago. 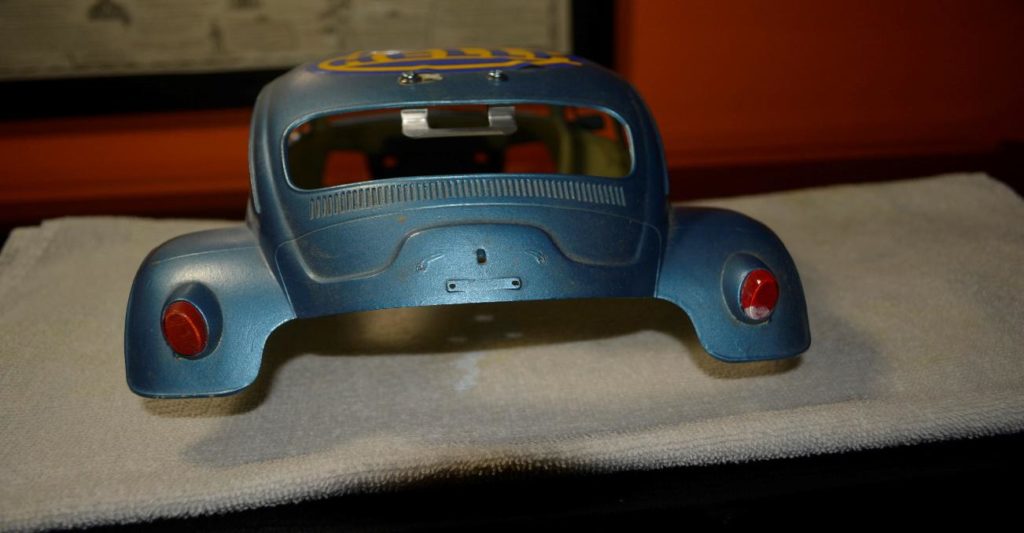 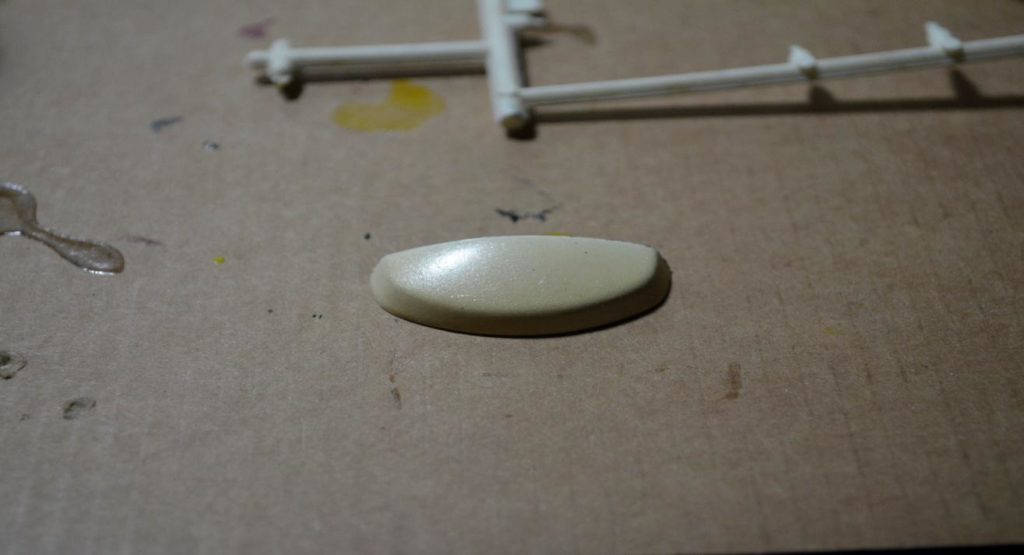 Sorry for the lack of photos, but you can see the painted rear plate light cover, both taillights are now matching and the BAJA BUG license plate. 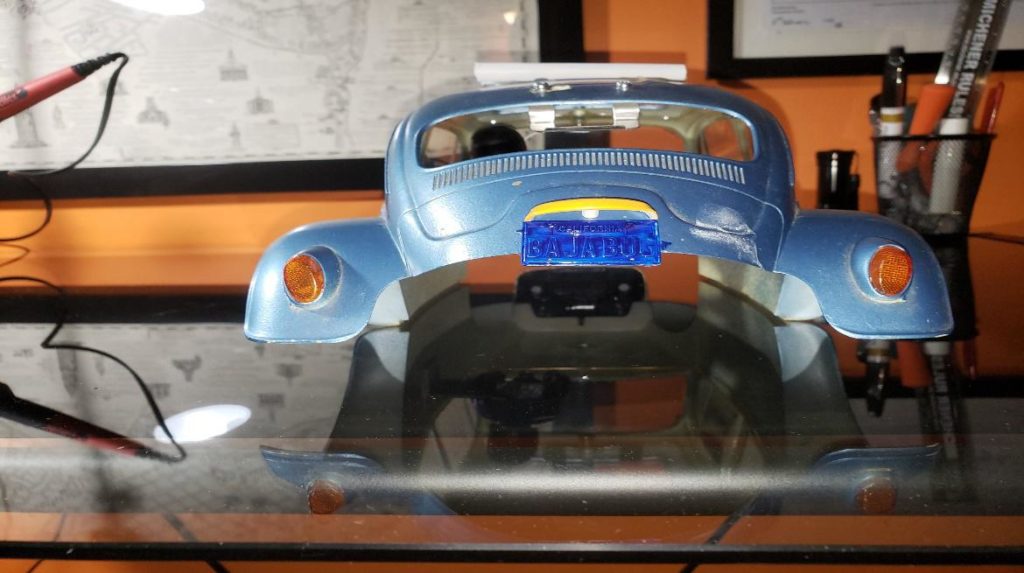 I wanted to keep the original side passenger mirror, as they differ from the later version. Years ago, it was painted the same colour as the body, so I taped this off and painted it in a chrome silver colour: 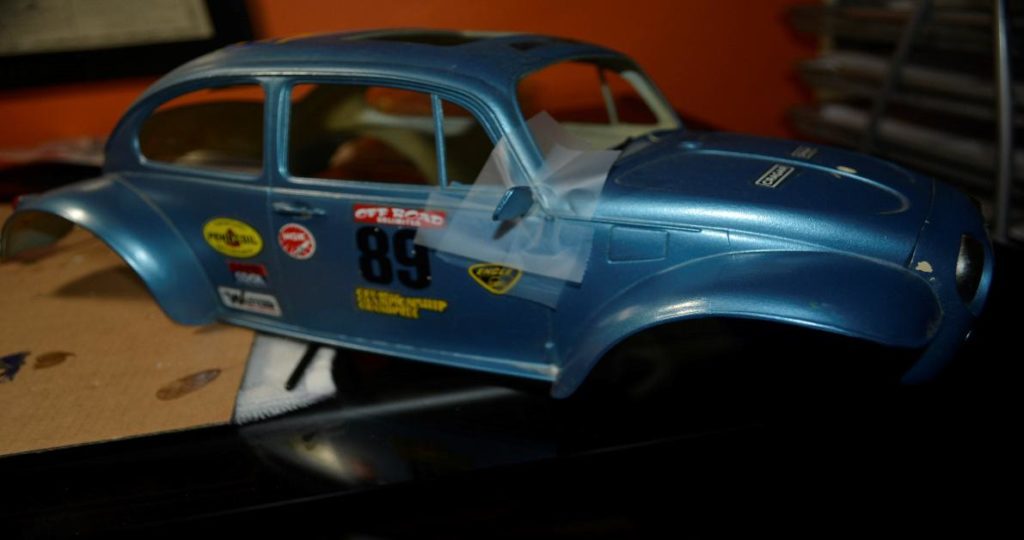 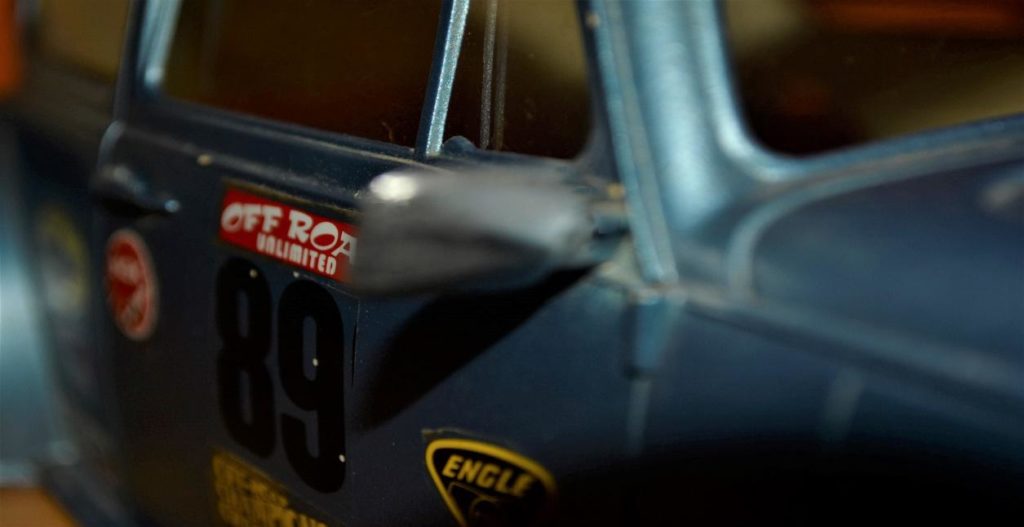 The driver’s side mirror was gone a long time ago. At the time of writing, a 1979 issue was not available, I used a 2010 issue and painted it to match the passenger side one:

I decided to have a bit of fun with this part. I think this one is originally from the F-150 Bigfoot edition!! But they are really all the same molds, simply different colours. 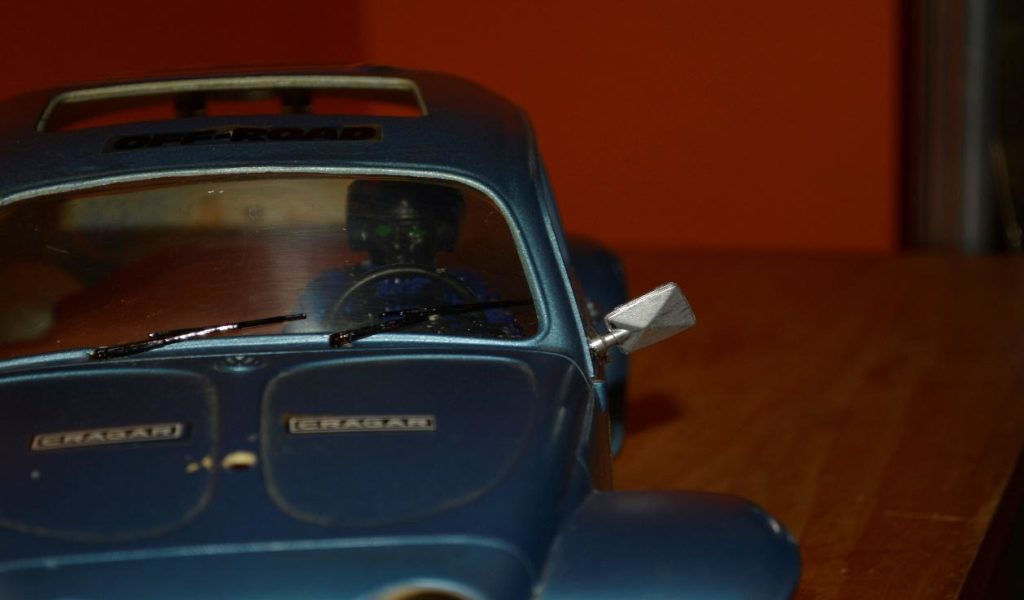 Thanks for looking. Stay for next month when we continue with the re-assembly!